A year ago I entered a video contest. It changed my life. I had felt trapped. Convincing myself the stereotypical ‘have a job, pay the bills, find a girl, settle down and make babies’ path was my journey. I was miserable.

I grew up in a village of 2,500 people in the beautiful countryside of North West England. My high school had a graduating class of approx 60 students. Everyone, quite literally knew everyone. In many ways it was the most idyllic youth I could have ever wished for.  Sailing, rugby, foreign vacations a good school and plenty of clean fresh country air. My parents are awesome, amazing people and I love them dearly. Still together after 30 years of marriage they are stronger than ever and two of my heroes.

After a first rate education, graduating Edge Hill College, Liverpool, with a BA in Media & Communications Studies (with a minor in Drama) I randomly decided to go backpack around the world with a friend. After the most exquisite 6 weeks of my life travelling around South Africa I ended up in Sydney Australia. Broke and with a party, party, party outlook I did what thousands of other english post college backpackers did. I got an office job.

I had an amazing 12 months living in Sydney and numerous random jobs that make for a tale all their own. With the deafening realization I had to go back to England and its utterly suicidal wet cold weather, the bright, warm Sydney sunshine I had grown to love gave me an idea. My flight back was via Los Angeles and afforded me up to a 3 month stop over in the United States.

I always knew growing up that my ‘dad’ was not biologically speaking, my dad. I remember when I was about 8 years old, my school books had my name ‘Holland’ crossed out and replaced with ‘Kelly’. I was ok with that. ‘Ian’ or ‘Dad’ as I called him was, well, he was my dad. Other than my grandad I’d never really known another male figure in my life. Dad had a porsche, a really cool apartment by the sea and made mum happy. It would take me until I was about 16 before I fully, truly realized how much I loved and respected this man.

Chris or ‘sperm donor’ as I call him lived in Cambria, California. He contacted me for the first time when I was 16. Over the years we slowly developed a friendship. I met him for the first time when I was 19. Four years later I found myself in California so figured I should visit. Chris offered me a job and I stayed. I have been here ever since. He moved to Oregon with his wife and daughter in 2007.  As for me I had already fallen in love with San Luis Obispo and California so I decided to go it alone and stayed.

In 2006 I, along with millions of others, took the plunge and bought a business. It was a business I knew nothing about and had never seen myself doing but at the time America was booming. I walked into a bank and somehow managed to pull off a $250k business purchase comprised of total bullshit, bravado and self belief.

Then the world imploded. Almost on the very day I closed escrow the global economy collapsed. The business I had just acquired saw an industry wide drop of approx 40% in demand. As befits the ‘Fuck you, I can do this, bring it on’ mentally that was my psyche of the time, I plowed ahead at full speed, buoyed by a desire to rule the world of concrete.

There was only ever one problem.

I hated concrete and I was drowning myself in misery.

Fast forward 7 years. I have survived. Freshcrete is still here and is 14 years old. I know more about concrete than I ever imagined. I know about hydraulics, moisture content, cog pullers, cement hauling, mix designs and cylinder breaks. But I was increasingly unhappy.

Then I had my epiphany. My Eureka moment. My singular clarity.

“What if I get out of concrete and go chase my dreams?” Ever since I was a little boy I have wanted to work in Hollywood. Over my youth that developed into ‘I want to work in the media’ and has now matured into ‘I want to write’. Preferably writing for the LA Times, living in Beverly Hills with the odd free lanced piece syndicated the world over.

So I entered a video contest. http://www.youtube.com/watch?v=Wxsn_XRHevw

A year later I am happier and more focused than ever in my life. I put my business up for sale and and slowly but surely started writing more. I wrote for shareslo.com and winecoastcountry.com for free. I even attended a 6 week ‘Yoga Creative writing class’. I feel like the new kid at school embarking on a new tantalizing adventure. A few weeks ago I finally got what I see as my ‘big break’. My first paid writing gig.

A guy I had known for years through both business and soccer mentioned he was looking for new writers for his local publishing group. Three local, well established, community news based newspapers. ‘Lifestyle and business feature writer. Has a great ring to it don’t you think?

I am ecstatic. I am getting paid real money for simply putting my thoughts into words down on a page. Not just any paper, a real world, tangible newspaper, something of a rarity in todays modern world. People will be able to read my words on the bus, on the train, at the beach and anywhere without a cell signal or the internet. To me that seems pretty cool.

This is the first small step towards doing what I love. I never had any passion for concrete. However I AM passionate about writing. To me it feels like dreaming. My thoughts on a page……….

I am a writer. I am happy. I am chasing my dreams. I am a work in progress. I am thankful.

Love you all xo 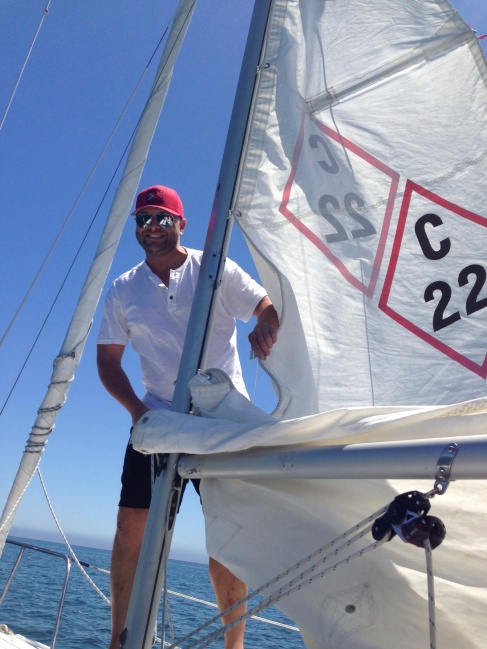